Getting lonely on the High Street

It is quite strange to find that our firm is now the last traditional high street practice in Stamford.

It seems that old-fashioned personal service and direct contact with fully-qualified staff is an economic model that makes less sense than it did.

Regulatory pressures mean that the costs of running a small law firm are higher and higher all the time but if you have a legal problem we will be pleased to sit down with you and help you determine what actions need to be taken to resolve it.  We are proud to present a human face and a broad-ranging and highly skilled set of expert lawyers who speak your language and still enjoy being of service to you.

If we can help - just call us.

How much will my legal services cost?

We are pleased to provide our evolving guide to what you can expect to pay for certain routine legal tasks.  Please see under the "Prices & compliance" tab at the top of our home page for details or click here.

In Lisbon they have old trams in daily use - some dating from the 1930s. 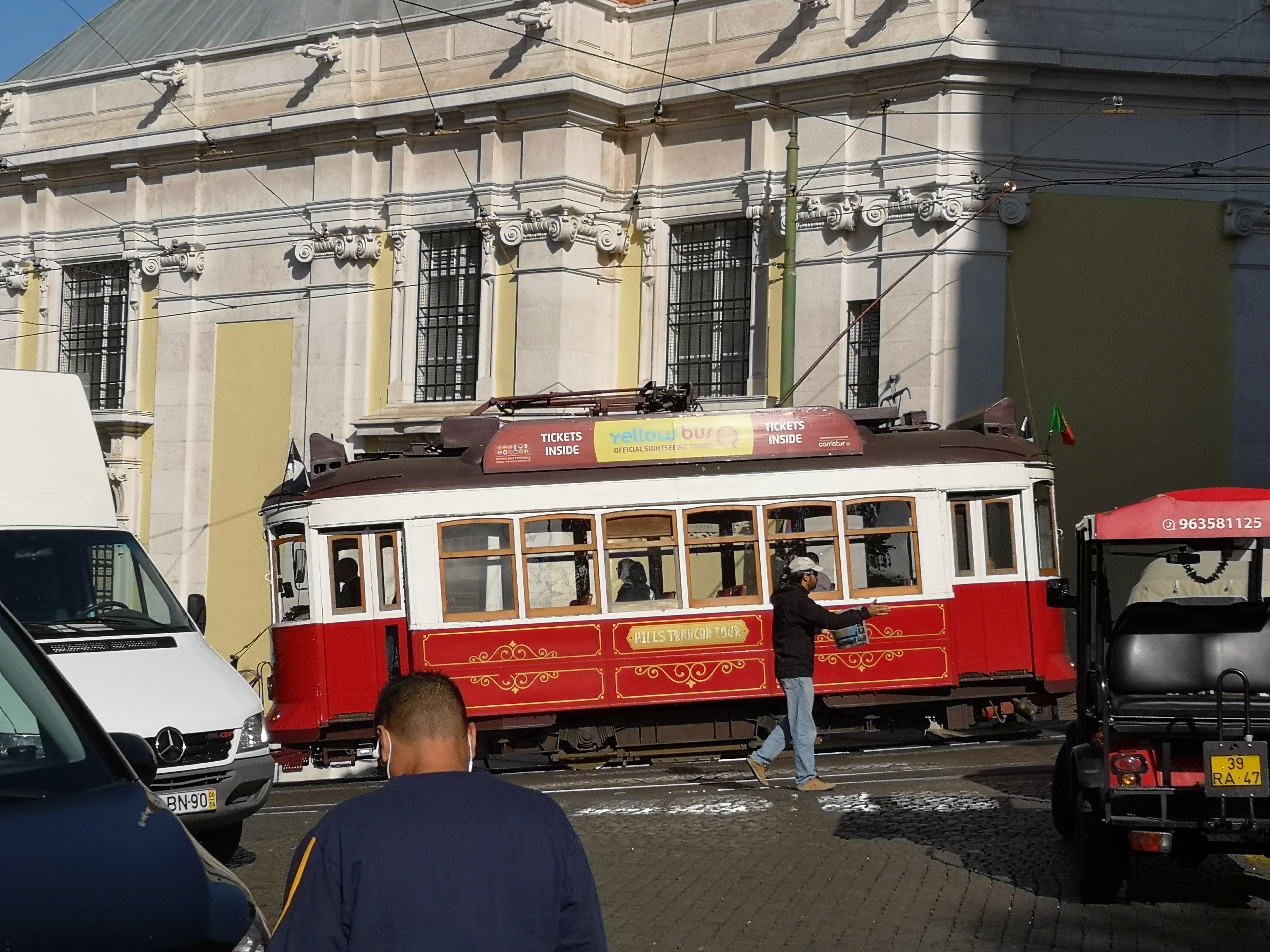 This one has just passed the frontage of the Se Cathedral - the trams are electric and the oldest single car ones travel the most challenging routes around the city up and down the steepest hills and around the tightest corners - the new modern trams are confined to the flatter parts of the city.

The E28 route trams track over the hills and are popular with tourists - particularly so as the streets in the older part of the city are very steep and for those, like me, from a county with nearly half of its total area both flat and below sea level a little mechanical transport is a welcome relief from all the steps between streets.

The murky world of Estate Agents and their "in-house" conveyancers

So you've taken the plunge and decided to move.  You've looked at the local area to find out which agents are selling well and finally met up with someone in a shiny suit to sign up for a sale of your property.  At some point in this process you will be offered an incentive to use the agent's in-house conveyancers who are always "much better for you, quicker and all under one roof so you will get a far better experience from your sale" - you may even be told that if you want to use a previous trusted Solicitor or similar that an additional fee will have to be levied to cover the enhanced costs of dealing with an outsider.

The vast majority of agents who tell you this are simply lying.

Firstly why should you have to pay the agent more to use a previous trusted solicitor - what additional costs do they incur? Secondly, they almost certainly do not have "their own" in-house conveyancers - nor will the process be quicker or cheaper.  What they have is a cosy and usually undisclosed arrangement with a volume conveyancer - often many miles away - where the agent gets paid for introducing your business to the conveyancers.  In some cases the "in-house" arrangement uses sophisticated technology to brand a "white label" service with the agent's name - the same bulk conveyancer will be working for several different agencies and all of them are selling their services as "their" in-house conveyancing team.

Some volume conveyancers will do a great job for you - but their whole model is geared to dealing with a large volume of similar business efficiently (after all a significant proportion of their fixed fee is really paid to the selling agent for sourcing the business, so there isn't much left to fund quality staff or bespoke dealing). If your transaction is entirely uncomplicated it may be handled perfectly adequately by a largely automated process, but as soon as something abnormal crops up, watch out for additional charges, which you will have been warned about in the small print of the standard paperwork you will receive from a bulk conveyancer. Volume conveyancers will always make sure they have complied with any necessary regulatory issues, so if things go wrong you won't have a leg to stand on.

In a recent transaction we noted there was a need to deal with a common issue and a "rider" had to be added to the contract. We put this forward as a half-dozen lines of text - with no additional charge. The volume conveyancer acting for the sellers demanded an aditional £100 plus VAT from their clients as a fixed fee to deal with this.

If you are getting a hard-sell from your agents recommending their in-house lawyers - ask them where they are based, will you be able to go and sit down with anyone if any of the paperwork gets tricky and, crucially, what do they get for recommending them.

For traditional highly-skilled and genuine personal service for your domestic conveyancing from our fully-qualified solicitors please contact Robin Dickinson; Jo O'Hara; James Buxton or Nick Fluck via our contacts links.